COVID-19 Update: We’re Fully Operational & Available to Help!
We are grateful to our amazing team of dedicated professionals who are helping us support our clients with 100% operational capacity
Home » Blog » Facebook Ads Are Now Available on Videos 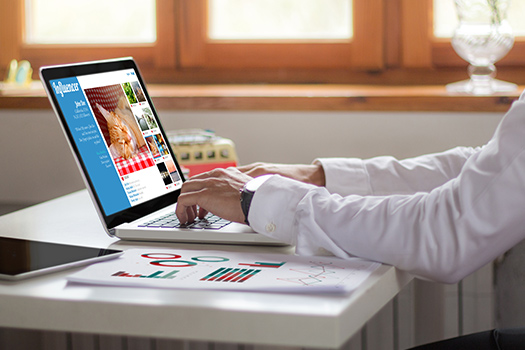 In the past few years, Facebook users have been viewing and sharing videos more and more frequently. As of February 2017, Facebook will be monetizing these videos by placing ads in the middle, similar to television commercials. Here’s what social media experts in San Diego have to say about the placement of these new ads.

Mark Zuckerberg disapproved of pre-roll ads, leaving publishers who use Facebook to share content struggling to make money off of their videos. Incorporating mid-roll ads into videos now gives publishers an opportunity to profit from their Facebook videos while still avoiding pre-roll ads.

Mid-roll ads are now live on Facebook, but only as a test. A group of publishers is working with Facebook to test out mid-roll ads. The publisher will receive 55 percent of the profit, and Facebook will receive the remaining 45 percent. The video must be rolling for 20 seconds before the first ad, and ads have to be at least two minutes apart within the video. After a few months of testing mid-roll ads and making adjustments to the system, the ads will likely become much more widespread.

Facebook has also been making efforts to include mid-roll ads on live videos. They announced that publishers within the United States who have at least 2,000 followers and have reached at least 300 viewers in a recent livestream will have the opportunity to place ads in their videos. The publishers must be live for four minutes before they run an ad, and there must be at least 300 viewers. Ads cannot be longer than 20 seconds.

Facebook has made several other attempts to promote live videos on their website in the past year. They have paid several celebrities and publishers to use the live video feature, but those deals may soon be coming to an end. Splitting the profits on ads is a new way to encourage publishers to use Facebook for videos and livestreams.

If you’re looking for a way to boost your online rank using social media, get in touch with Saba SEO today. We offer comprehensive and customized social media services to help businesses harness the power of social media and expand their outreach. Call us at 858-951-1717 to schedule an appointment.