COVID-19 Update: We’re Fully Operational & Available to Help!
We are grateful to our amazing team of dedicated professionals who are helping us support our clients with 100% operational capacity
Home » Blog » Important Google Updates in 2018 You Should Know 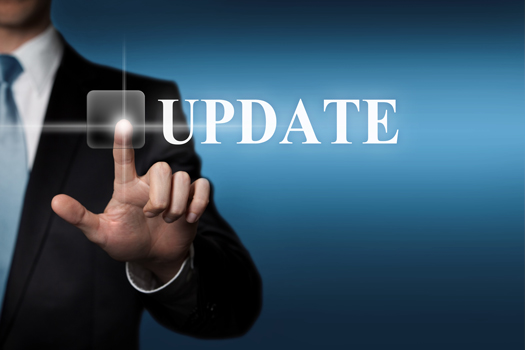 Google updates are not an uncommon thing. Every year, Google makes several upgrades to its search engine algorithm. Some updates include basic bug fixes, while others have a massive impact on a website’s online ranking. San Diego SEO experts at Saba SEO discuss a few Google updates that have taken place so far in 2018.

Earlier in 2018, there was a lot of buzz about a potential Google update. Many business owners observed a sharp increase in their online traffic in mid-February. According to data compiled by Rank Ranger, SEMrush, and MozBar, desktop SERP fluctuations peaked on February 21st, which affected the online ranking and traffic of several websites. Although Google didn’t announce any update, experts believe the SERP fluctuations represented minor upgrades or bug fixes.

In March, Google released a broad core algorithm update that affected the organic ranking of several websites. Google announced it makes several broad core upgrades to its algorithm every year. However, the search engine giant reassured website owners not to worry about it.

Google explained that some drops and gains in ranking are inevitable with every upgrade, but the broad core update was designed to reward some previously underperforming websites. The company also clarified that there is no ”fix” for webpages that are not performing well and businesses should focus on their online content.

For the past two years, Google’s mobile-first policy has been a hot topic of discussion. This year, the company finally rolled out its mobile-friendly algorithm update. According to the new upgrade, Google will now consider the mobile version of a website for indexing and ranking purposes.

The new update will enable mobile-friendly websites to experience significantly increased crawl rates. Additionally, Google will also show mobile versions of webpages in all its search results and cached pages.

With several new Google updates planned for this year, it is best to let the experts at Saba SEO take care of your online ranking. We are a leading marketing company in San Diego with over ten years of experience in search engine optimization, website designing, content development, and paid marketing. Our experts stay up to date with the latest Google updates and offer customized solutions to help you increase your search engine ranking. Whether you need a mobile-friendly website or high-quality content, we are here to help. Call us at 858-951-1717 to schedule an appointment with one of our SEO experts.