COVID-19 Update: We’re Fully Operational & Available to Help!
We are grateful to our amazing team of dedicated professionals who are helping us support our clients with 100% operational capacity
Home » Blog » Can Responding to Reviews Increase Your Conversion Rates? 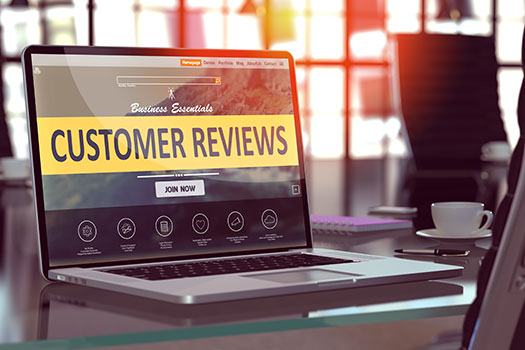 The digital marketing company Location3 recently released a study that found better star ratings correlate with increased paid search conversion rates. The company collected 16 months worth of data from over 7,000 business locations and 72,000 reviews. They defined “conversions” as post-click consumer actions such as email inquiries, form fills, and quote requests. Experts at Saba SEO, a leading SEO company in San Diego, discuss the salient features of the research.

Reviews are an extremely important factor in search rankings and conversion rates. You should respond to both positive and negative feedback. If someone leaves a critical review, sincerely apologize for the issue, provide any important information or context, and explain what you can do to prevent the problem from happening again. Responding to reviews shows your audience you care about your customers, and it can make a big impact on consumer behavior.

If you need help increasing your overall conversion rates, turn to Saba SEO. We offer high-quality PPC services, social media management, content development, web design, and SEO in San Diego. Our internet marketing experts rely on a variety of white hat tactics to boost your online ranking and conversion rates, and we have over ten years of experience in search engine optimization. To create a customized digital marketing plan for your business, give us a call at 858-951-1717 today.