COVID-19 Update: We’re Fully Operational & Available to Help!
We are grateful to our amazing team of dedicated professionals who are helping us support our clients with 100% operational capacity
Home » Blog » LinkedIn Launches a New Video Uploading Feature 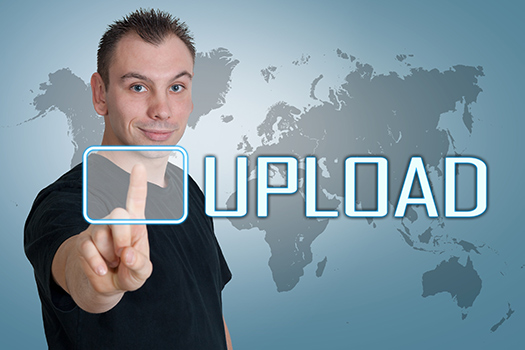 LinkedIn began testing native videos for its social network in July 2017, and they are now officially launching native video uploading. This new feature is likely part of the site’s efforts to compete with Facebook and other social networks. It will allow people to create unique profiles with videos explaining or demonstrating their skills. Adding videos to LinkedIn will also encourage people to spend more time on the site because they’ll have the opportunity to watch other people’s informational videos, speeches, or conference panels. San Diego SEO optimization experts discuss the native video uploading feature in detail.

The video uploading feature is very similar to video on other social networks. Users can record videos with the LinkedIn mobile app, or they can upload a prerecorded video. The videos will play automatically without sound, and a view will be counted after the video plays for three seconds. Three seconds is enough viewing time to show interest in a video, which helps LinkedIn’s algorithm decide how to distribute the video to other users. The length limit is 10 minutes, but LinkedIn recommends that videos stay between 30 seconds and five minutes.

So far, LinkedIn users seem to enjoy the new video feature. According to Peter Roybal, users are 20 times more likely to share a video on LinkedIn than any other type of post. Users can also see important metrics about video viewers, including their locations, companies, and job titles. Viewership is anonymous, so video creators won’t know who watches their videos. However, the demographic information can provide valuable data about which videos appeal to which industries or locations.

To learn more about the latest developments in online marketing, turn to Saba SEO, a leading SEO agency in San Diego. Our experts utilize a variety of tools and tactics to help businesses boost their online ranking. We offer customized and budget-friendly social media marketing services and SEO strategies for a wide variety of industries. Call us at 858-951-1717 to create a marketing plan for your business.