COVID-19 Update: We’re Fully Operational & Available to Help!
We are grateful to our amazing team of dedicated professionals who are helping us support our clients with 100% operational capacity
Home » Blog » Understanding Native Advertising 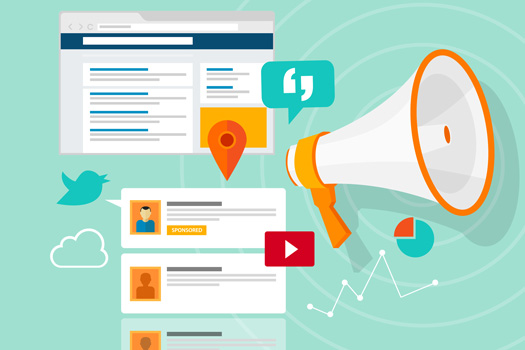 Where Does Native Advertising Appear?

Native advertising appears on every major media platform that is accessible on the internet, Facebook being one of the largest. On Facebook, businesses and websites use their page to create posts that promote their product or brand. If these businesses and websites choose to promote their content by paying money to Facebook, their posts will appear in the news feeds of other Facebook users. At a glance, these promoted posts do not appear to be advertisements. Instead, they look like typical posts created by a Facebook user. Because of this, native advertising is a very effective way to engage individuals who may be skeptical of obvious marketing efforts and a good alternative to other social media marketing efforts. Native advertising is also used on Twitter, Pinterest, Instagram, LinkedIn, Google, and many other media platforms.

Native advertising is a form of online marketing that appears to people within the context of the platform that they are using. It can be a useful tool for businesses and websites who want engage with a large group of people on the internet in a more organic way that typically offered through traditional marketing efforts.

Want to learn more? Maybe you’d like to find out if Native Advertising can supplement your current marketing strategy? Call (858) 277-1717 and find out!  Our local San Diego SEO company offers a variety of internet marketing services and can help you find the right combo to reach your target audience and grow your business!