COVID-19 Update: We’re Fully Operational & Available to Help!
We are grateful to our amazing team of dedicated professionals who are helping us support our clients with 100% operational capacity
Home » Blog » Tips on Outsmarting Your Competition in High-Stakes PPC Markets 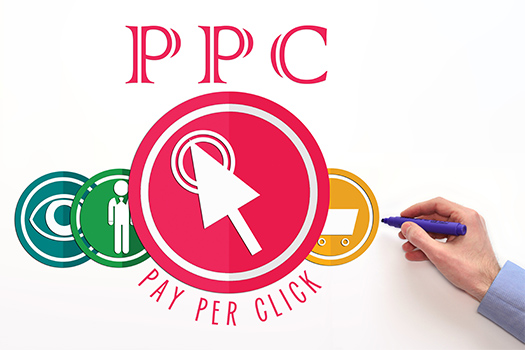 When considering pay-per-click marketing, you may have to deal with competition. In smaller markets, it’s fine to take on the competition head on. However, doing the same thing in a high-stakes market where a “normal” bid can be as much as $40 could quickly stretch your budget. San Diego pay-per-click experts discuss a few steps you can take to compete in a less direct, yet smart way.

Start by getting an idea of general patterns with the PPC activity in your desired markets. Pay particular attention to the times when the bidding competitions are low. When monitoring your competition, look for:

To pinpoint your competitors’ soft spots, keep an eye out for underbudgeted campaigns. These are campaigns where the budget allocated isn’t enough to meet the maximum possible number of clicks (e.g. 10 clicks are available at $30 per click but $90 is the set budget, so that competitor is limited to 3 clicks).

Focus on competitors who use accelerated bidding (they use up their budgets whenever clicks are made instead of having them spread out). Force competitors that are aggressively bidding to stay in the top spot at a particular time to exhaust their budget by raising your bid.

Google adjusts cost-per-click (CPC) based on what it takes to get past the next ranked ad. If that next ad is yours and it’s at a higher rate, your competitor will have to pay more to stay on top since the CPC will be set higher.

When competitors are knocked out of the game sooner, you’ll likely end up with a less competitive bidding environment later in the day. Not only could this give you cheaper clicks, but you might see better click-through rates. Ultimately, this could also give your quality score a boost.

Another option is to create two different campaigns that run at different times. One campaign can run during the more competitive hours to allow you to target the audience you want to reach. The other campaign can run during the less-competitive hours. What you’ll end up with is a greater reach with your campaigns along with convenient separate data for your campaigns.

If you need a focused PPC campaign for your business, turn to Saba SEO, a San Diego SEO company you can trust. Our team analyzes your target audience and creates compelling ads that are likely to get noticed. We continually monitor your PPC ads performance and peak competitive times, and we’re committed to increasing your ROI without draining your budget. To learn about our paid marketing plans and packages, give us a call at 858-951-1717 today.