COVID-19 Update: We’re Fully Operational & Available to Help!
We are grateful to our amazing team of dedicated professionals who are helping us support our clients with 100% operational capacity
Home » Blog » The Only Social Media Mind Trick You Need to Know 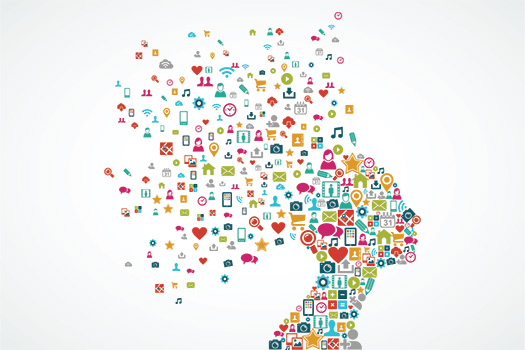 With so many people and companies grappling for attention online in 2016, staying on top of the digital marketing scene can get exhausting. Originality and authenticity are the primary components of successful online marketing, but what if we told you that there actually is a trick to making it big online? It doesn’t cost a thing, and no, it’s not a scam. It’s called “majority illusion” and learning how to properly implement it can transform your entire digital marketing strategy.

The Illusion of Popularity

Majority illusion essentially “tricks” your followers and other people into believing that your brand and/or content is more popular than it actually is, thus spiking their own intrigue and increasing the likelihood that they’ll pass the word along. A study by the University of Southern California found that when something appears to be more popular, it improves the likelihood it will be shared.

Successful majority illusion relies on its influencers. These are the people who will share your content and spread awareness. A social media analysis of your target audience will lead you to several people with the greatest follower count and authority. These are the ones you want to gear your content to. When they share something, not only do more people see it, they are also more likely to click on it and engage with the content because they trust the source it’s coming from.

The Secret to Social Networking

The internet’s social network is a web. On any given platform you have a group of people that comprise a target demographic. Within each group there are certain members that have greater connections. These people with a larger amount of followers may appear to make a product more successful than it actually is, which is why they are the people you should target when you really want to spread the word about something.

To find out about the different degrees of influencing and which determining factors to consider when developing a majority illusion plan, reach out to San Diego-based Saba SEO. We help business of all sizes marry key components of marketing, including social media, search engine optimization, and PPC, to target their audience, increase brand awareness across the web, and improve their bottom line. Reach out today by calling (858) 277-1717. We look forward to hearing from you!