COVID-19 Update: We’re Fully Operational & Available to Help!
We are grateful to our amazing team of dedicated professionals who are helping us support our clients with 100% operational capacity
Home » Blog » A Quick Look at Twitter Ads 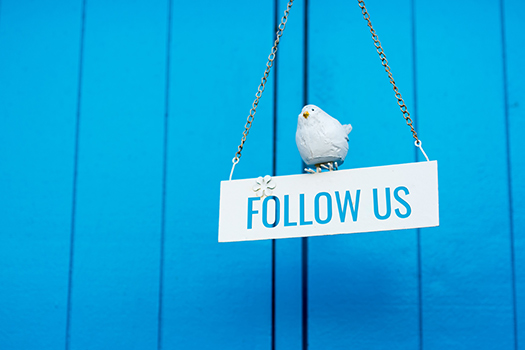 Even with the 140-character limitation, Twitter can still be an effective platform for advertisers. While not as massive as Facebook, Twitter has more than 300 million active users who send roughly 500 million tweets daily. Because of the level of engagement and potential for visibility offered by Twitter, there’s a lot of competition on this platform. Experts at a leading San Diego web design company discuss some appealing Twitter ad options that can make it easy for your target audience to view your ads.

In case of promoted tweets, you have to pay Twitter to display your ads. Unlike other ad features, promoted tweets are shown to users who are not following your brand. Promoted tweets can be liked and re-tweeted, which can further expand your reach and ROI potential.

Promoted trends are the trending topics on Twitter that often generate the most social buzz. With promoted trends, you’ll use hashtags to promote a trend that’s appropriate for your brand. Users curious about a trend will see your promoted tweet at the top of their organic search results list for that specific topic.

After you figure out what campaigns you want to run, it’s time to create your ads. Twitter ads are created with Twitter Ads Manager. Use the list of campaign objectives you’ll find there to determine the purpose of each campaign you want to launch via this platform. Click Create Campaign to select your preferred ad campaign screen. Additional steps include:

Twitter is also an appealing option for businesses looking to get the most from their advertising budget. Nearly 70 percent of Twitter users report having discovered a new business while using this platform, and more than 90 percent of those users make purchases from small-to-medium businesses they follow.

Creating Twitter ads is one of the most important aspects of social media marketing. In San Diego and cities all over the world, businesses rely on Saba SEO to create effective and appealing Twitter ads. Our experts examine your business objectives and target audience and create tailored social media campaigns that can increase leads and conversions. We stay up to date with the latest social media trends and offer customized marketing solutions that are well within your budget. Call us at 858-951-1717 to schedule an appointment.